The Web Is Going Virtual: Why That Matters To You – PART 1

Virtual reality is exploding! Last year saw the uptake of new headsets and VR systems coming into the mainstream in abundance, with tonnes of innovative new content driving a tsunami of interest. What’s more, the biggest social media platforms (Facebook and YouTube) have enabled 360° video with virtual reality capability. Clearly, we are in the midst of a virtual revolution.

With so much going on in the world of VR, it is a very exciting time for everyone. Consumers have a novel way to engage with content, and marketers have had the doors opened wide to a wealth of new ideas for brand storytelling that provides genuine entertainment to audiences.

But what does all this mean for you, right now?

Whatever industry you’re in, there’s a way that using the power of VR can push it to the next level. And the great thing is that we are not dependent on those high-end, high-tech VR devices – anybody can access VR in some form or another. Whether it’s 360° photo or video hosted on a website or social media, or immersive experiences at events and bricks-and-mortar stores, you can reach pretty much any consumer with virtual reality in unprecedented ways.

Marketers are already having a field day using the tools available now to create some truly spellbinding campaigns. While some campaigns clearly cost a lot of money, there’s no reason to blow your entire budget (and probably bankrupt yourself!) to bring virtual reality to your marketing campaign. Here are a few of our favourites, just for a little inspiration:

Taking simple Google Street View photography and using it as a standalone 360 video, you can layer in social influence feedback. A great example of this comes from the Atelier restaurant in Sweden. The restaurant invited the chef to introduce the Dish of the Week to the audience, using the Google Street View method, to bring the simple restaurant experience to life. Atelier also invited influencers and fans of the restaurant to comment and interact with suggested dishes of the day and then to even become the chef in the VR experience.

Using a simple virtual tour, TV producers such as ITV Victoria, have been able to show audiences behind the scenes of film sets. In addition, by layering in different marketing materials and promo videos for different audiences, they have been able to use the same base content but tailoring each version for each audience.

This is a fantastic way to make one creation a cost-effective marketing method for PR, sales, international sales, and for consumer release.

As just one more example (we could go on for pages – there are loads!), the Malmö Redhawks ice hockey team used the innovative strategy of showing a simple changing room shoot. The 360° image includes player information which is regularly updated throughout the season, driving repeat visits and positioning the new team as key players in the game.

All these examples offer marketeers entry level access to VR, to dip their toe in the water and to experience the roi that VR can provide but in a much more accessible way.

In short, you don’t need to produce a high tech, expensive campaign to blow your audiences away. Though there are plenty of incredible experiences out there from some of the biggest brands in the world, with even a small budget, 360° virtual tours hosted on Facebook or YouTube, or even directly on your website, can be as powerful as anything the big guns have to offer.

Back to Intel
Previous 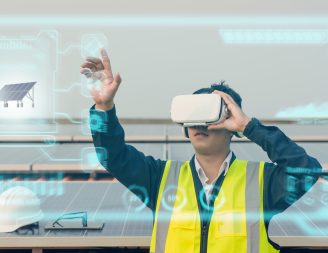 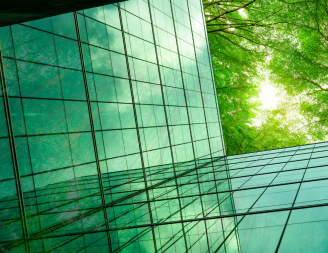 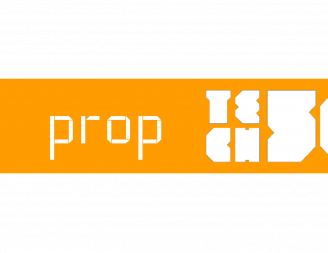 We placed 11th in BusinessCloud’s PropTech50!